AUGUST TURAK is a successful entrepreneur and award-winning author who attributes much of his success to his 23-year stint as a frequent monastic guest of the Trappist monks of Mepkin Abbey. As a monastic guest, he lives and works alongside the monks sometimes for months at a time.

In 1996 Turak was the CEO of his own company when a skydiving accident triggered the emotional crisis or “Dark Night of the Soul” that sent him to Mepkin Abbey in search of the spiritual solace that he so desperately needed and that the monks so graciously provided.

In 2004 Turak decided to enter the John Templeton Foundation’s Power of Purpose essay contest by answering the question in 3500 words or less: “What is the Purpose of Life?”  Though he had never written anything for publication before, his essay, Brother John- an essay about an actual Christmas Eve encounter at Mepkin Abbey- won the $100,000 grand prize.

When an article he wrote for Forbes.com called Business Secrets of the Trappist Monks went viral, it led it led to an invitation to become a leadership contributor at Forbes as well as an invitation from Columbia Business School Publishing to turn his article into a book.

This book, Business Secrets of the Trappist Monks: One CEO’s Quest for Meaning and Authenticity uses 1000 years of Trappist business success, as well as Turak’s own experience as a highly successful entrepreneur, to demonstrate that Trappist monks are not successful in business despite adhering to only the highest ethical values but because they do.

Turak’s latest book, Brother John: A Monk, a Pilgrim and the Purpose of Life, combines his Templeton Prize winning essay with the illustrations of the award-winning artist, Glenn Harrington, to offer an inspirational message of meaning and purpose to a world that for so many seems to lack meaning and purpose.

When Turak is not hanging out with Trappist monks or working with his nonprofit, he lives and works on his 75-acre farm just outside Raleigh, NC.
​


Author of the month 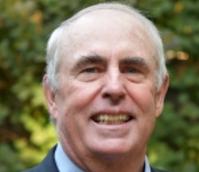 THE INSIDE VIEW SHOW

A COVID-19 message to our listeners:
With many worldwide in need of prayer, we at THE INSIDE VIEW SHOW are placing our energy —instead—in praying for many people & caring for our families..., and will resume THE INSIDE VIEW SHOW after a point in time after a vaccine is found.
Be blessed and Godspeed.

To listen to recordings of the best of our past shows, click here, and for these confusing and testing times, listen to #22, PRAYER―HOW & WHY WE PRAY, shown on that second Play list/SPECIALS Playlist.